I’ve been audited by the IRS, twice. Both times, after all was said and done,  I owed nothing and there was little work involved on my part.

I’m not a tax attorney or an accountant, so don’t take any advice from me at all without consulting with a professional (was that a legal disclaimer?)

Here are my 2 suggestions on how to survive an IRS income tax audit:

1. Be aggressive with your taxes, but don’t break the rules. My dad has always said that he tells his tax accountant to be as aggressive as possible short of sending him to jail. There are many gray areas with taxes.  I am usually pretty aggressive where things are ambiguous, but have always stopped short of doing something I knew was outright wrong. During my 2 tax audits, this paid off, as I hadn’t done anything that I was too worried about. In both cases the reason for my audit turned out to be either abnormalities or filing errors, neither of which were cases where I had underpaid.

2. When you file your taxes, purchase a tax audit defense service. After having done my own taxes for 18 years, in 2006 for the first time I purchased a service through Turbotax called “Audit Defense” by a company called Tax Resources. The cost was around $30. I was very lucky to have done this–Tax Resources was a lifesaver. 2006 was the first year I was audited and Tax Resources did everything for me at no cost. They will not pay your fines or extra taxes if you owe extra money, but they take care of all the communications with the IRS and do all the work to defend you. I also suspect that since this is what they do for a living, they likely know the IRS auditors pretty well and my guess is that this helps. I believe if you hire a tax accountant that many will offer the same service, so ask your accountant. 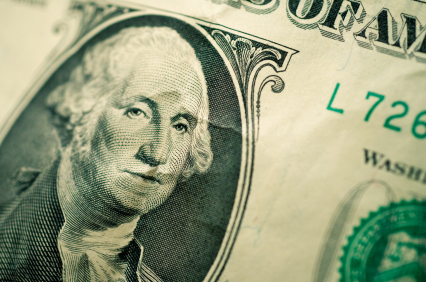 Some other things I learned along the way:

So why were we audited?

I’m sure there are a thousand different reasons that people get audited, so knowing what happened in my personal case likely won’t help you avoid one, but I’m sure you are curious so I’ll share my story.

In 2006, our tax return included a very large sales tax write off. We had done a major remodel to our home in 2006 and we wrote off the sales tax from the remodel. This triggered a flag in the IRS’s system and they chose to audit us. Writing off the sales tax on our remodel was totally within the tax law, so we incurred no penalty or backtaxes.

In 2007, we had a stock transaction (sale of stock options) that I reported incorrectly. I had paid the correct amount of taxes on the transaction, but didnt report things correctly. So again in this case, no penalty, no backtaxes.